Get fresh music recommendations delivered to your inbox every Friday.
We've updated our Terms of Use. You can review the changes here.

by Metal On Metal Records 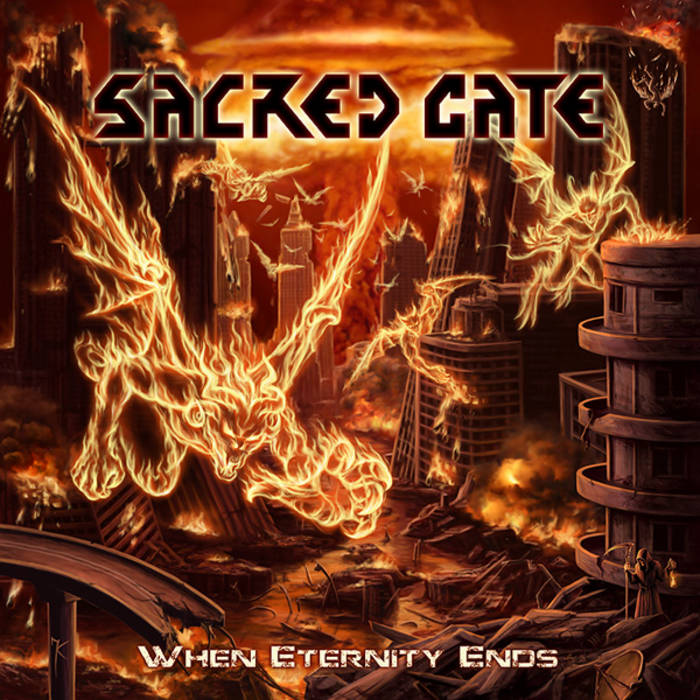 Stormageddon Dark Lord Of All

From the Metal capital of the world, Germany, comes a new traditional heavy metal band, SACRED GATE. The founding members, vocalist and guitarist of the band, started mastering their craft in MADE OF IRON, which started out as an IRON MAIDEN tribute band – and the British legends still have the biggest influence on their music. Years later they serve a perfect, timeless classic metal album, rooted in the NWOBHM tradition and flavoured with ’80s US power metal. Impressive song structures, mighty riffs, galloping guitar harmonies and solos, remarkable bass lines, solid power drumming, anthemic choruses, charismatic, slightly rough but clean vocals and a great feel for melody. Nothing new? So what, if it’s played with real conviction, skills and class! Fans of MAIDEN, ASKA, BLAZE, ICED EARTH, BLITZKRIEG, SAXON, DESTILLERY, THUNDERBOLT and METAL LAW – don’t miss this album!

Metal On Metal Records is a label focused on OLD SCHOOL styles of metal: classic heavy, US power, thrash, speed, traditional doom, NWOBHM, black/thrash and some death metal.
The idea to start a record label was born in late 2007 and brought to life in 2008.
We value quality over quantity, so there are usually only 7 CD releases every year and a compilation, "Compendium Of Metal".
In Metal We Trust ... more

Bandcamp Daily  your guide to the world of Bandcamp

Trevor de Brauw of RLYR and Pelican stops by for a chat, plus a tribute to the late Trevor Strnad