by Metal On Metal Records 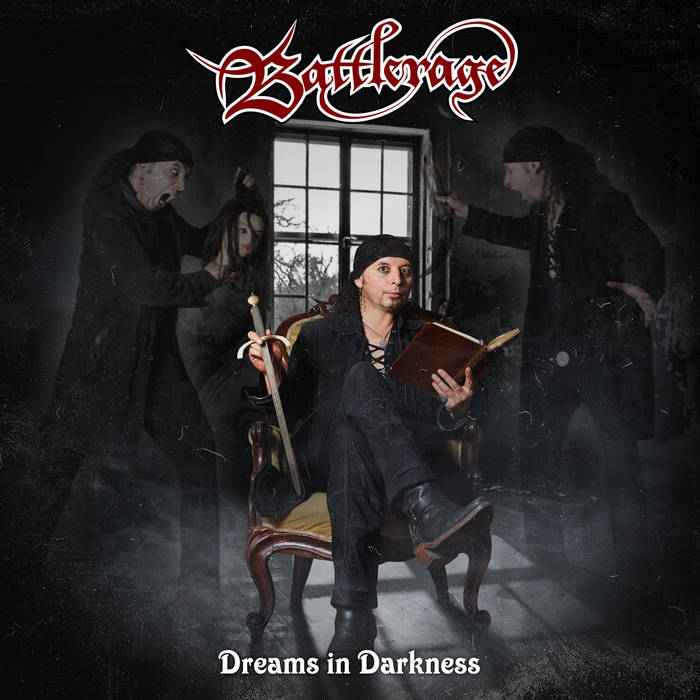 It's been 7 long years since the last album of these Chilean heavy metal warriors, but finally the follow-up to their 3rd full-length is here and it's their most varied one to date. BATTLERAGE have been always struggling with line-up problems, but one constant remains: the original vocalist, Fox-Lin Torres, who now became the main songwriter. His unmistakable gruff voice, with a tons of passion and rough energy, along with the hard hitting old school heavy metal with the most impressive guitar work, will have many metal hearts pumping faster for sure! As uncompromising as before, but with new facets to their songwriting, standing with one foot firmly planted in US Metal (CIRITH UNGOL, METAL CHURCH, OMEN...) and one in European metal, especially the Teutonic metal of the '80s (GRAVE DIGGER, TYRANT, PARAGON, SACRED STEEL...), they are once again fighting for a true metal victory, though the style is better described now as just plain heavy metal. They've exchanged the axe for the sword, no less deadly but oh so much more versatile. From speed metal bullets to mid-tempo fist-raisers, the album packs everything you can expect from BATTLERAGE, but often with a new and unexpected twist to it. Reinventing themselves while remaining themselves, this is surely their strongest and most original album so far.

1. Victim of a Liar Heart
2. Immortal Sin
3. Crazy Wolf
4. Placer Infernal
5. Hide from Yourself
6. I See the Winter in Your Heart
7. Intellectual Dreams
8. Prisons of Fire
9. Dreams in Darkness [bonus track]

Metal On Metal Records is a label focused on OLD SCHOOL styles of metal: classic heavy, US power, thrash, speed, traditional doom, NWOBHM, black/thrash and some death metal.
The idea to start a record label was born in late 2007 and brought to life in 2008.
We value quality over quantity, so there are usually only 7 CD releases every year and a compilation, "Compendium Of Metal".
In Metal We Trust ... more

Bandcamp Daily  your guide to the world of Bandcamp

Featuring Plunky of Oneness of Juju and Coldcut & the Keleketla! crew.